How to Travel to & from the San Diego Airport?

Air travel is by far the fastest and most cost-effective traveling method available today. Unfortunately, airports tend to be located outside cities, which can make arranging transportation from the airport to your end destination unnecessarily complicated.

In this article, we’ll help you make your San Diego trips more efficient by providing you with useful airport information. Read on to learn more.

Where is San Diego airport located? 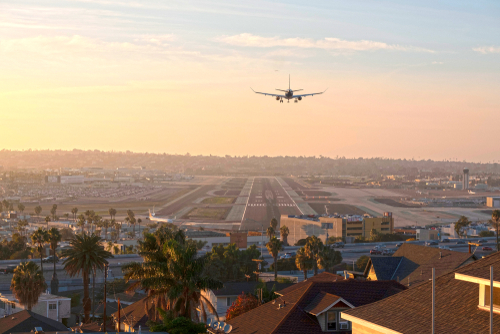 The address of the San Diego International Airport is 3225 N Harbor Dr, San Diego, CA92101, roughly 2.4 miles from the city center. If you’re driving via Broadway and N Harbor Dr, it takes about 8 minutes to arrive in San Diego.

If this seems like a very short travel time, that’s because it is. San Diego Airport is located unusually close to the city itself. In fact, San Diego skyscrapers sometimes make it tricky for pilots to perform a smooth landing.

Are there two airports in San Diego?

Although there are numerous airports in the San Diego area, many people mistakenly assume that the San Diego International Airport is actually two airports. The reality is that it simply has two large terminals, each with two concourses. The sheer size of the facility makes it look like two airports rather than one.

How early do you have to be at the airport for a domestic flight?

As a rule of thumb, you should always be at the airport a minimum of two hours before your plane is scheduled to take off. This gives you ample time to take care of your luggage, find your gate, and board your plane.

Keep in mind that boarding often stops at least 15 minutes before the take-off, so try to show up as early as possible. It’s better to spend an extra 30 minutes at the airport than to miss your flight and waste a lot more time and money. 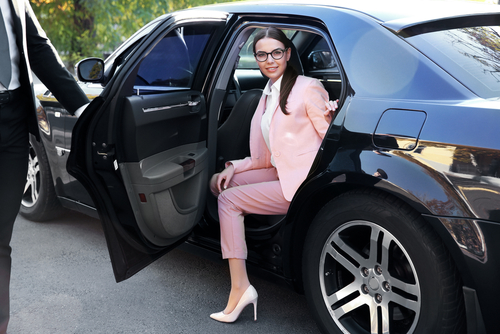 Can you sleep at San Diego airport?

You can, but there are certain rules. Although the airport itself is open 24/7, security checkpoints are closed at night, which means you can only stay in public, pre-security areas. If you already passed the security checkpoint, you’ll have to return to the public area and go through the checkpoint again in the morning.

Either way, the seats are small, have armrests, and tend to be taken by the early arrivals, so be prepared to sleep on the floor. Having a sleeping bag, travel mat, or blanket can help immensely, but you should still be prepared for a long and uncomfortable night.

The lights are never turned off and the announcements can still be heard throughout the night, so don’t forget to use earplugs and sleep masks if you have them.

Where can I book a quality black car service from LAX to San Diego?

Taxi services and public transportation have their uses, but if you really want to ensure you get to and from the airport quickly, comfortably, and in a timely manner, look no further than Stay Classy Transportation.

As the best airport transportation company in San Diego, we take immense pride in our seasoned and fully licensed drivers, our fleet of world-class vehicles, and our fair and transparent prices. Get in touch with us today.