Don’t Fall for It – Avoid These Common Travel Scams

Whether you’re a constant or an occasional traveler, hire a shuttle to LAX from San Diego to be as relaxed as possible. If you have your mind set on a taxi or Uber, then get familiar with the most common travel scams. 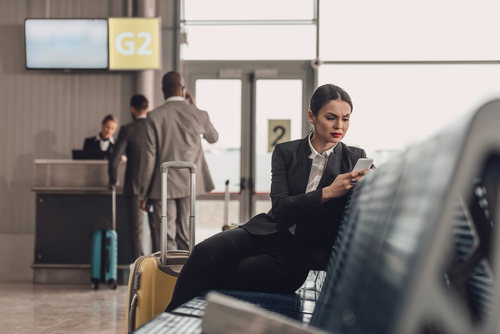 It is a common occurrence that taxi drivers at airports or train stations tell their passengers that the taxi meter isn’t working. If the driver doesn’t use the meter, you, the passenger, are responsible for the fee.

You can avoid this taxi scam by asking the driver to turn the meter on. If he or she persists that the meter doesn’t work, try negotiating the rate. If the driver doesn’t want that, exit the vehicle and call for a private shuttle to LAX from San Diego.

Taxi drivers again. While you are in the taxi, going towards the hotel of your choice, the driver will inform you that the hotel is overbooked or closed. He will then proceed by telling you he can take you to another property, which is far more expensive, and where he receives a kick back.

Avoid this scam by contacting the hotel prior to arrival, confirming the reservation and requesting a pick up by the hotel shuttle.

The scam is usually targeted at female travelers. Upon striking up a friendly chat, the person will then attempt to put a free piece of jewelry on your wrist, demanding payment for it afterwards.

Be on the lookout and refuse any “free” gifts from strangers on the street. Refusing to pay once the bracelet is on the wrist can cause a public scene, so best avoid it altogether.

This one is as simple as it is effective. A person will bump into you, “accidentally” spilling a beverage on your clothes. The aim is to distract you from your belongings while a partner ruffles through them.

Should any beverages or condiments find their way on your clothes, refuse any help from strangers.

This scam is straight out of Hollywood. A person approaches you asking for illicit substances. Then, people in uniform come and flash their fake badges, asking for your ID card or passport.

There are con artists that hang around ATMs, tricking people by saying they can help avoid transaction fees. Their want to skim the number of your credit card, as well as PIN, in order to drain your account.

Don’t let anyone near you while you operate the ATM. Cover the keypad while you type in the PIN code. If you see somebody lurking around, leave and go to a different ATM.

Scammers often hang out around tourist attractions and landmarks, waiting to offer assistance when tourists are trying to take a group photo. When you hand over your phone or camera, the person will simply run off with it.

Don’t let any strangers operate your phone or camera. Ask somebody from the group to take the photo, and then return the favor at first opportunity.

We at Stay Classy Transportation know how important it is to travel safely. You need to be as carefree as possible in order to maximize your vacation experience. Take the first step, hire one of the cars from our fleet. We offer professional drivers and reasonable fees. Call us today!